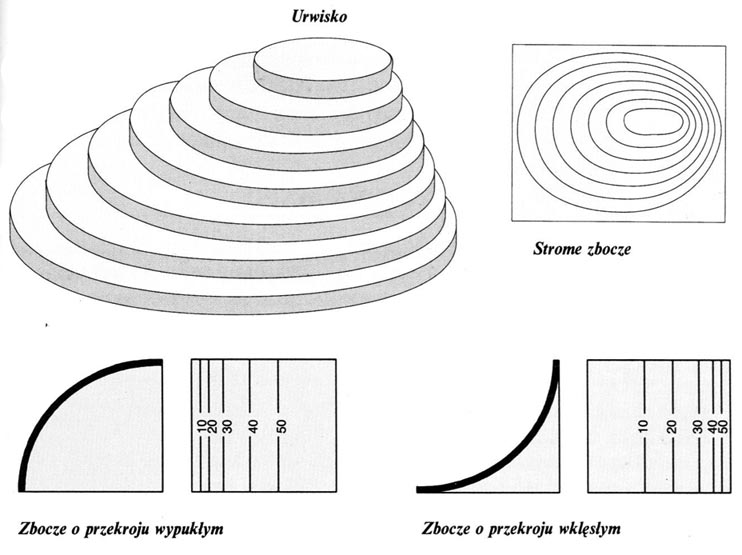 LEVELS ON THE MAP

Contour lines connect points of the same height on the map. Many maps show along each contour line the corresponding height above sea level. The numbers for this height are written according to the slope.

Cliff – When trying to read the terrain from the map, pay attention to the spacing between the contours and the heights, which the individual spirit levels correspond. It can happen, that the rarely drawn contour lines do not take into account the several-meter-high cliffs of steep walls located between adjacent lines separated by a wide gap.

Steep slope – The gradually narrowing intervals between the contour lines on the map indicate the existence of a slope. Level lines located close to each other mean a very steep slope.

A slope with a convex section – Standing at the foot of a convex slope, you cannot see its top. It is steep at the foot, and gentler at the top; this is shown on the map by the gradually increasing intervals between the contours.

A slope with a concave section – Standing at the foot of a concave slope, you can see its top. The slope of such a slope increases with height. This can be seen on the map by the spaces between the contour lines narrowing with height.