Orientation in the field requires, above all, the ability to use a map and a compass. They are used to draw the shortest, and at the same time the safest road in varied terrain. It is impossible to define roads so precisely on land, like at sea. There you can set a simple course, because only the wind, tides and shoreline changes make adjustments. The speed of moving on land depends on many factors – topography, type of substrate. ^ climate, current weather. Orientation in the field requires constant changes to the chosen path, avoid obstacles, and remember it, to always get back on track.

Animal migrations – Many migratory birds have a hard-wired sense of orientation, which allows them to return to the same breeding sites every year, even from across the globe.

Before setting off, orientate the map, that is, use the compass to set it like this, that the directions specified on it coincide with the corresponding directions in the field. Then you will be able to calculate the azimuth, which will show the direction of your destination. In addition, you must measure the distance to the end point using the compass scale or the map scale. After selecting the azimuth and setting off, check the frequently passed objects with those marked on the map. 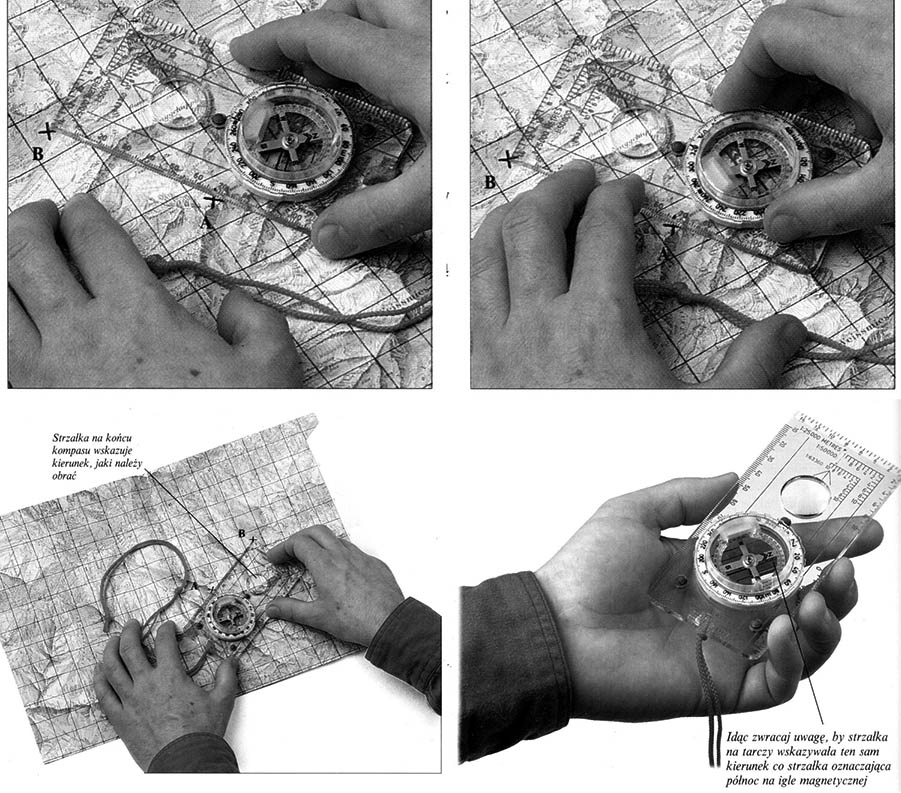 2 Without moving the compass you have to turn the dial in the middle so, that the parallel lines marking the North-South axis coincide with the lines of the topographic grid on the map. Red arrow on the dial, pointing north, it should show north on the map. This way we set the azimuth on the compass, that is, the angle between the A to B direction and Magnetic North.

3 We rotate the map with the compass to the moment, when the arrow on the dial aligns with the magnetic needle and points to North. The arrow at the end of the compass shows the direction, in which point B is located in the field.

4 You can now, holding compass in hand, go in the direction of the arrow. Just be careful, that the arrow on the dial points in the same direction as the magnetic needle. You will then constantly follow your chosen azimuth.