Compass – determining the directions of the world

The magnetic compass needle points to the north and south magnetic poles of the Earth. You can imagine, that there is a giant bar magnet at the center of the Earth, the ends of which point north and south. From them come the lines of the Earth's magnetic field, which define the magnetic poles. We know many different types of compasses. A pocket compass should be carried at all times by a hiker continuing his journey. However, it is best to use a compass with a protractor as the primary instrument, for example such as shown below. There are also compasses with a built-in prism, which clearly and very accurately show the geographic location. Some of them are additionally equipped with mirrors. However, such devices are expensive. A simple compass with a protractor is enough to mark the directions of the world and orientation in the field, which is easy to use, so it is harder to make a mistake. 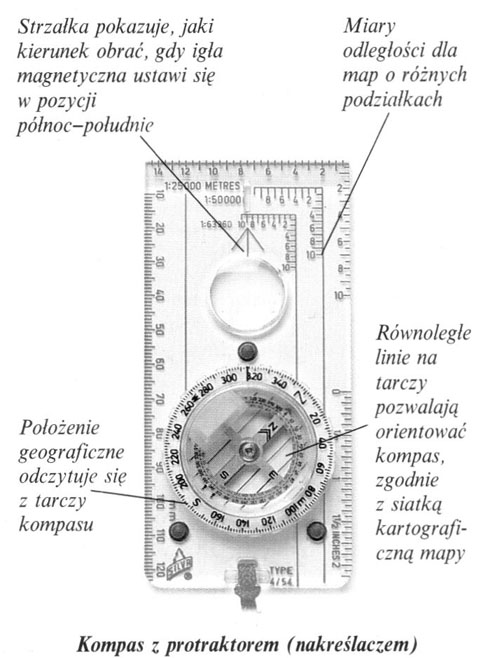 The arrow shows, what direction to take, when the magnetic needle moves to the North-South position. The compass has distance measures for maps with different graduations. Parallel lines on the dial allow you to orientate the compass, according to the cartographic grid of the map. The geographic location is read on the compass dial.

Such a device allows you to determine the geographical location on the map without having to move it from place to place. You no longer need to take a separate protractor with you and make arithmetic calculations, to find the right direction of travel.

If a piece of metal with ferromagnetic properties hang freely, it will turn like this, that it will take a north-south position. It is the result of the influence of the Earth's magnetic field. This phenomenon can be exploited by making a makeshift compass by magnetizing a piece of metal.

1 Magnetize the sewing needle by pulling it in one direction several times over a piece of silk, for example, a silk scarf. Thus, an electrostatic charge builds up on the needle.

2 Take a bowl of water. Put grass on the surface of the water. On her, as on a raft, lay a needle. After a while, the needle will move to the north-south position.

3 When the needle stops spinning, establish, where is north by other methods (see page opposite) and mark the end showing this direction on the needle. From now on, the needle can be used as a compass. 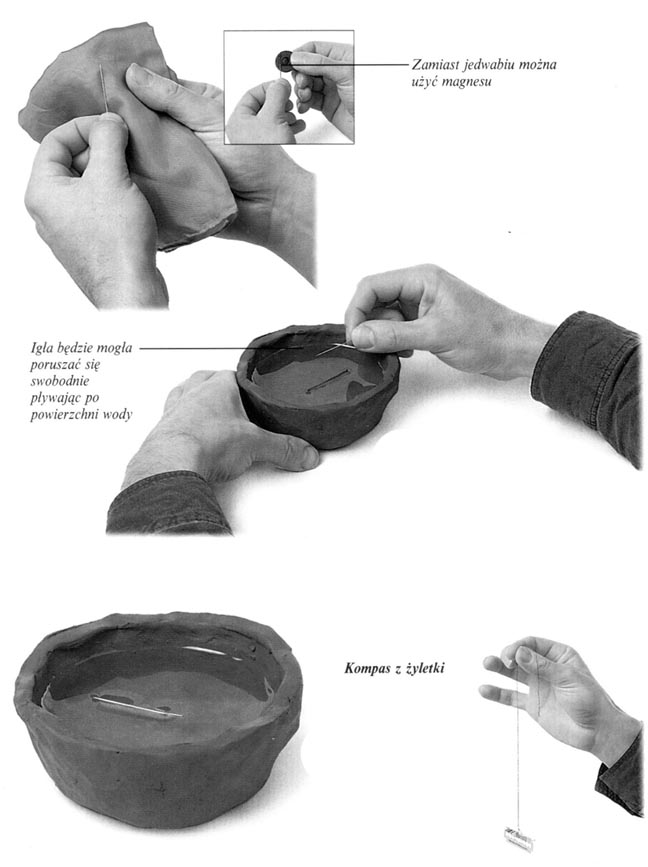 In an emergency, a makeshift razor blade compass can be made, instead of a needle. First, however, it must be blunted, and use extreme caution when magnetizing.

Compass with a napkin – The razor blade is magnetized like a needle and hung on a thread, so that it can rotate freely. The magnetized metal will be oriented north-south.