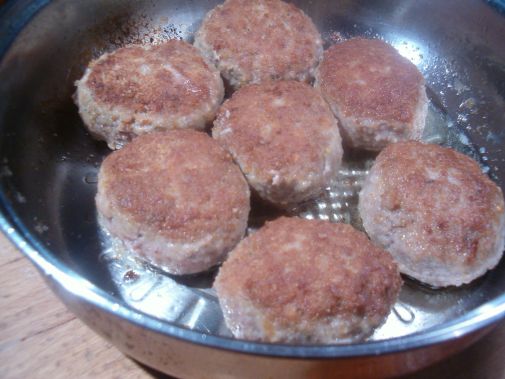 The taste of minced cutlets depends on several factors:
first and not insignificant it is a kind of meat.

I certainly do not recommend buying a ready-made one
ground meat in trays -
you can be really fooled.

It is most convenient to grind the selected piece
meat in the store - there is such a service in many meat stores.

Maybe less convenient, but it is safe to grind them at home.

With ground it is similar - as with broth -
they are the tastiest, when we make them from several types of meat,
and at least two: pork and beef,
but you can also add veal, or turkey meat. 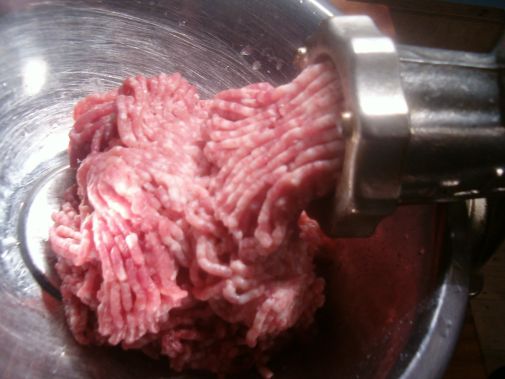 Put the minced meat into a large bowl,
add soaked in milk
and a squeezed bun (makes, that the chops are fluffier),
we salt, we fuck.

A pinch of cinnamon increases the flavor of the ground,
you can also add a little dried parsley,
or a little thyme.

We add the whole egg and mix it fairly - by hand.

Finally, fry the finely chopped onion until golden
and combine with the prepared mass.

We form cutlets, patting them on each side
and roll in breadcrumbs.

And the pan, into well-heated fat.

When they turn brown on both sides,
cover the pan with a lid
and leave it over low heat yet on 10 minutes,
for nothing is more terrible, like minced cutlets,
which are raw inside.