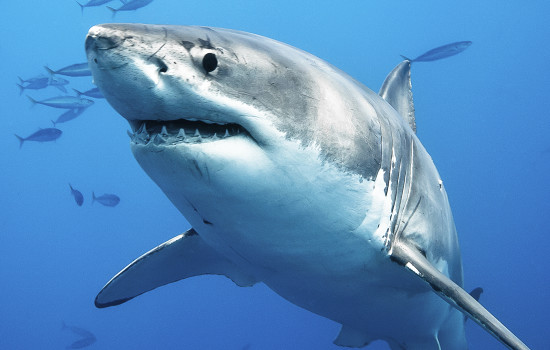 Larger fish tend to be found in deeper waters, however, many of the dangerous species of fish patrol the shallow coastal waters for easy prey. There are known cases of kidnapping cattle or bathing people by hungry sharks. Predators can smell blood and scuffle sounds, even from long distances. Some fish have spines that are dangerous to humans, which can hurt very painfully, other species – dangerous, sharp teeth.

Trygon (Urolophus, Dasyatis)
It has spines containing a venom and a tail similar to a whip. Without immediate medical attention, pricking this fish can lead to death. It lives in the North Pacific and in the waters of a tropical climate.

Wahoo (Acanthocybium)
When caught on a fishing rod, this fish jumps out of the water and jerks hard; it's hard to catch her. He has razor sharp teeth, so it is dangerous, even when pulled ashore. Found all over the world in hot and temperate waters.

Mackerel (Scomber scomber)
Very tasty, although greasy. In spring, mackerel swarms along the coast in large schools, then they are caught in the net. However, these fish are fast swimmers and have sharp teeth, and in case of catch – they break out with great force. They appear all over the world.

Marlin (Makaira, Tetrapturnus)
Found in the waters of the hot zone. This is a very tasty fish, but catching it is quite difficult, because it swims fast and fights for a long time. Marlin also has a dangerous long sword-shaped beak. It can be caught trolling below the surface or in the water.

Barrakuda (Sphyraena)
He has razor sharp teeth; can attack a flowing human. The smaller varieties are edible, they are found in shallow waters, but they too can chew. If they get hooked, they jump violently and it is not easy to pull them out of the water. Barracuda is found in warm and hot climates.

With (Sgnaliformes)
Hundreds of species of sharks live in the seas around the world; many of them are very aggressive fish, they fiercely defend themselves against being pulled out of the water. Some sharks pretend to be dead when pulled ashore, and when the fisherman ceases to pay attention to them – they attack.

With (Triakis) lives in the shallow waters of the bays along the entire Pacific coast of North America. Shark liver is poisonous – she is not allowed to eat.

Balistidae, found in shallow seas of the hot zone, has a sharp spike, which throws out of the belly like a bullet. The meat of these fish is poisonous. Synanceia tropical fish, toad fish (Batrachoididae) and Scorpaenidae have poisoned spines. Pacifiers (Trachinidae) found in Europe and East Africa lie buried in sand, and treading on their spines causes excruciating pain.

If you are fishing with a javelin, immediately get out of the water after catching a fish. The scent of blood and scuffling sounds travel far and wide and can attract predators. Try to keep quiet, because a splash means a fish in trouble for predators. They may want to hunt.