What weapons without a permit are best for self-defense. 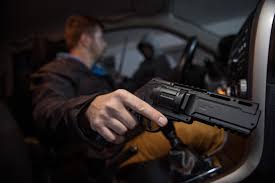 We often come home late or live in a troubled neighborhood. We want to protect ourselves from being attacked and get something, making it possible to defend against attackers. There are many types of weapons at stake, for which no permit is required in Poland.

Tear gas
In the form of a spray, gel or pistol thrower. Pepper spray, otherwise called tearful, causes a strong allergic reaction and is able to overpower an aggressive person, even if she is under the influence of alcohol or drugs. The gas canister is very small and handy, so we can always carry it with us without any problems. It is also the cheapest form of self-defense, 50We will buy a ml gas tank for about PLN 20-50.

Alarm weapon
In this group we distinguish pistols, as well as boom-kinetic revolvers. The former are loaded with bang inserts, which explode when the trigger is pressed and make a sound identical to a real firearm. Bang and kinetic revolvers are additionally capable of firing a rubber ball, which will successfully overpower the opponent. The cost of an alarm weapon is about PLN 200-500.

Paralyzatory
Another example of a weapon without a permit is the stun gun. His actions do not need any special explanation. A special cover at the end of the stun gun electrocutes the attacked attacker, also through not very thick layers of clothing. Some of them have a built-in gas flamethrower. We can buy a stun gun from PLN 100.